We feel that it is critical to include resources that encourage social justice, equity, and inclusion in the organizations we come in contact with in Cobb County. Our organization stands for improved outcomes for children and families - ALL children and families. The populations we serve, who are often the most vulnerable and underrepresented, deserve culturally competent care.

We have taken time to consider how we will move forward in perpetuating diversity, equity, and inclusion discussions and programming. We are aware that actions speak louder than words, and empty promises to become more inclusive will just not cut it.

Education and awareness is the first step towards becoming more empathetic towards our fellow man. As we continue in our efforts, please feel welcome to offer feedback, questions, or resources that you would like to share with our members. We are all in this work together.

Thank you, to each one of you, for making this world a better place.

The Case for Reparations

Local Educational Centers and Museums Expand
Check for the current status of operations before you travel. Many places are offering virtual tours!
Martin Luther King, Jr. National Historical Park - Consists of several buildings in Atlanta, including Martin Luther King Jr.'s boyhood home and the original Ebenezer Baptist Church.
Atlanta History Center - History museum and research center located in the Buckhead district of Atlanta
Etowah Indian Mounds - 4-acre archaeological site in Bartow County.  Built and occupied in three phases, from 1000–1550 AD, the prehistoric site is located on the north shore of the Etowah River.
Tubman Museum - Largest museum in the nation dedicated to educating people about the art, history and culture of African Americans. Located in Macon
Funk Heritage Center - Georgia's official frontier and southeastern Indian interpretive center
Anne Frank in the World - This exhibit uses over 600 photographs to tell the story of of Anne Frank. Located in Sandy Springs, GA

APEX Museum - Museum of history presented from the black perspective located on Auburn Avenue in the Sweet Auburn historic district of Atlanta
National Center for Civil and Human Rights - The National Center for Civil and Human Rights is a museum dedicated to the achievements of both the civil rights movement in the US and the broader worldwide human rights movement.
Museum of History and Holocaust Education - Presents public events, exhibits and educational resources focused on World War II and the Holocaust in an effort to promote education and dialogue about the past and its significance today. Located at KSU's Kennesaw campus
Bremen Museum - Museum in Atlanta dedicated to Jewish history, culture and arts with special emphasis on Georgia and the Holocaust.
Nonprofit Staff and Boards Expand

Racism as a Public Health Crisis

7 Steps to Increase Board Diversity

5 Things Nonprofits Can Do to Intentionally Lead on DEI

Diversity and Inclusion: Essential to All Nonprofits

Building a Diverse and Inclusive Board

The following resources were compiled by Christal M. Cherry of The Board Pro. 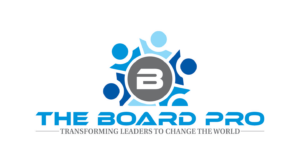 The Role of Senior Leaders in Building A Race Equity Culture

Using Your Every Day Privilege to Help Others

The 4 Secrets: The Hidden Factor of Nonprofit Boards and Racial Equity Change,

Board Diversity and Inclusion Do Not Always Mean Equity: Four Questions that Aid the challenge for Nonprofit Boards to
Incorporate Racial Equity

Allyship: The Key To Unlocking the Power To Diversity

Is Your Board Ready To Advance Equity?

Activating Your Diversity With Inclusion

Resources on Diversifying Your Board of Directors

WABE - Buried Truths Buried Truths acknowledges and unearths still-relevant stories of injustice, racism, and resistance in the American South. We can’t change our history, but we can let it guide us to understanding. The podcast is hosted by journalist, professor, and Pulitzer-prize-winning author Hank Klibanoff.

NPR - Code Switch What's CODE SWITCH? It's the fearless conversations about race that you've been waiting for! Hosted by journalists of color, our podcast tackles the subject of race head-on. We explore how it impacts every part of society — from politics and pop culture to history, sports and everything in between. This podcast makes ALL OF US part of the conversation — because we're all part of the story.

In Good Company This is a podcast for working women, hosted by Women Who founder Otegha Uwagba. Full of practical advice, fresh ideas, and interviews with smart, successful women, this is essential listening for working women – whether you’re just starting out, or already have years of experience.

This project, The Diversity Gap, will empower people to create the cultures they say they want—cultures where all people are seen, celebrated and given the space to thrive.

The Diversity Gap Over the course of the next two years, I, Bethaney, will be listening to stories of the people most impacted by diversity, equity, and inclusion initiatives. I want to know: what will it take to close the gap between our good intentions and the outcomes we hope for?

Racism at Work Racism at Work, the podcast where Professor Binna Kandola OBE, and a panel of expert guests explore the evolution of modern racism, how that manifests in the workplace and how we can all address it.

I Am Not Your Negro – documentary by James Baldwin. Available on Netflix and Amazon Prime.

Unlocking Us with Brené Brown: Brené with Austin Channing Brown on I’m Still Here: Black Dignity in a World Made for Whiteness; Brené with Ibram X. Kendi on How to Be an Antiracist

THE NEW JIM CROW: MASS INCARCERATION IN THE AGE OF COLORBLINDNESS BY MICHELLE ALEXANDER

In 2010, Alexander blew open the conversation on racial prejudice in our prison system. This seminal (yes, it’s so good it deserves that word) work talks about how mass incarceration is the newest way of legalizing racism in a country whose roots are steeped in it.

Nothing like recentering your notions of history. Ortiz takes the reader from the late 1700s to the present and introduces you to figures like Amy Jacques Garvey, José Martí, as well as more familiar ones such as Denmark Vesey and Frederick Douglass. He looks at the history of the United States as one of working class people versus imperialism. Learn a story different than the one they taught in school.

WHITE FRAGILITY: WHY IT’S SO HARD FOR WHITE PEOPLE TO TALK ABOUT RACISM BY ROBIN DIANGELO

If you can’t handle any of your actions being called out as racist, this is the book for you. DiAngelo explains the systemic nature of racism, and how white people are inherently benefiting from it. She stresses the necessity for self-awareness from white people, being open to feedback, and decentering yourself in the conversation.

SEPARATE IS NEVER EQUAL: SYLVIA MENDEZ AND HER FAMILY’S FIGHT FOR DESEGREGATION BY DUNCAN TONATIUH

Perfect if you’re looking for a social justice read for your kid (approximately ages 5–9). Tonatiuh uses beautiful illustrations and text to tell the story of Sylvia Mendez, a 3rd grader who, with her parents, helped end school segregation in California. Winner of the Pura Belpré Award, which honors Latinx writer/illustrators whose work “best portrays, affirms, and celebrates the Latino cultural experience in an outstanding work of literature for children and youth.”

EVICTED: POVERTY AND PROFIT IN THE AMERICAN CITY BY MATTHEW DESMOND

Winner of the Pulitzer Prize, this 2016 social justice read follows eight Milwaukee families and demonstrates how America’s current system benefits the rich while punishing the poor. It’s expensive to be poor, and Desmond’s excellent sociological work is paired with empathy as he moves into the areas he writes about. This was named one of Time’s top 10 nonfiction books of the decade.

Activist Iyer frames this examination of racial tension in America around September 11 and how that day changed South Asian, Arab, Muslim, and Sikh communities across the country. She states that while white America has not fully faced its post-9/11 racial anxiety, there are steps it can take towards healing the broken relationship with those it has ostracized or othered.

THE COLOR OF LAW: A FORGOTTEN HISTORY OF HOW OUR GOVERNMENT SEGREGATED AMERICA BY RICHARD ROTHSTEIN

Do you think all this *gestures around* just naturally happened? Rothstein argues that every level of government, from local to state to federal, has had a hand in purposefully segregating metropolitan areas in America. Racial zoning, public housing, and financial incentives for builders bolstering segregated neighborhoods: all of these were done with intention.

ONE PERSON, NO VOTE: HOW VOTER SUPPRESSION IS DESTROYING OUR DEMOCRACY BY CAROL ANDERSON

This book, which also exists in a YA version, goes from Reconstruction America in 1865 all the way to the present day to lay out a clear picture of how voting rights have been suppressed through poll taxes, photo ID requirements, gerrymandering, and straight-up poll closures. Voter suppression is no accident, and Carol Anderson is here to make that abundantly clear.

UNCOMFORTABLE CONVERSATIONS WITH A BLACK MAN

Emmanuel Acho, a former Philadelphia Eagles linebacker, has further ignited his passion to take on racism with the official release of his book: "Uncomfortable Conversations with a Black Man." His YouTube series with the same name has already generated over 65 million views in the past 5 months where he creates a safe space to have conversations about race.

BETWEEN THE WORLD AND ME

In a profound work that pivots from the biggest questions about American history and ideals to the most intimate concerns of a father for his son, Ta-Nehisi Coates offers a powerful new framework for understanding our nation’s history and current crisis. Americans have built an empire on the idea of “race,” a falsehood that damages us all but falls most heavily on the bodies of black women and men—bodies exploited through slavery and segregation, and, today, threatened, locked up, and murdered out of all proportion. What is it like to inhabit a black body and find a way to live within it? And how can we all honestly reckon with this fraught history and free ourselves from its burden?

WHY ARE ALL THE BLACK KIDS SITTING TOGETHER IN THE CAFETERIA?

Walk into any racially mixed high school and you will see Black, White, and Latino youth clustered in their own groups. Is this self-segregation a problem to address or a coping strategy? Beverly Daniel Tatum, a renowned authority on the psychology of racism, argues that straight talk about our racial identities is essential if we are serious about enabling communication across racial and ethnic divides. These topics have only become more urgent as the national conversation about race is increasingly acrimonious. This fully revised edition is essential reading for anyone seeking to understand the dynamics of race in America.

A KIDS BOOK ABOUT RACISM

Yes, this really is a kids book about racism. Inside, you’ll find a clear description of what racism is, how it makes people feel when they experience it, and how to spot it when it happens.

This is one conversation that’s never too early to start, and this book was written to be an introduction for kids on the topic.

Click here to download our Race, Equity, and Inclusion Communications Toolkit to participate in social justice through your media channels.

Addressing Inclusion With Your Children

24 Books on Social Justice for Youth 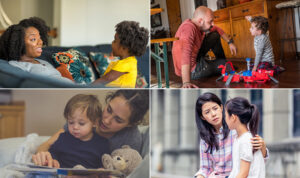 How to Talk Honestly with Children About Racism 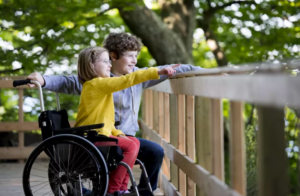 How to Talk to Kids About Disabilities