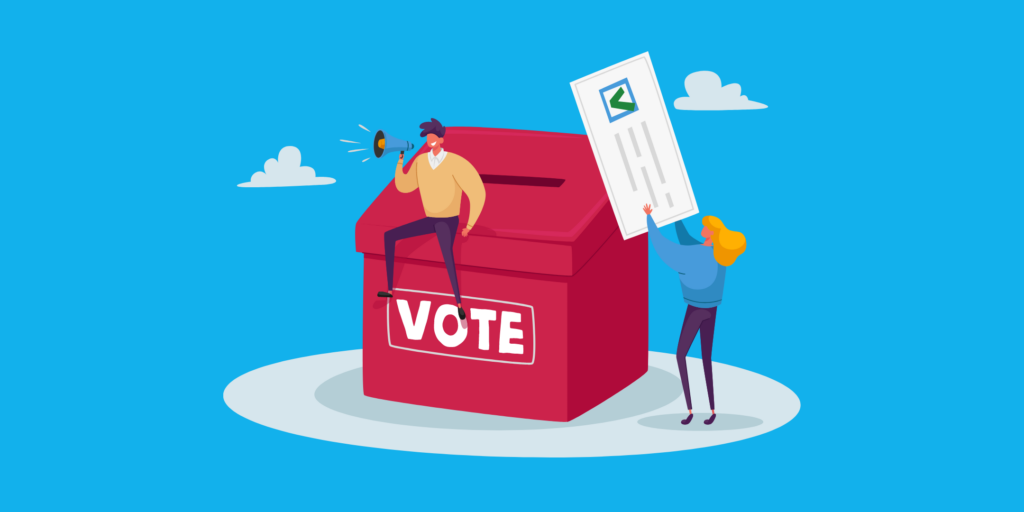 Elections are an important way for citizens to make their opinions heard and voice what matters most. Our elected officials have direct control over the laws and policies that govern our society. The communities we live in are largely influenced by many of the elections that occur during off-year or mid-term. Midterm elections are named as such because they take place during the midpoint of a presidential election. That means for us, 2022 is going to be packed with many critical midterm elections. This will include a Primary Election in May, a General Election in November, and any necessary Special or Runoff Elections.

So what exactly is a primary election, and what’s the point of it? One use of a primary election is to narrow down the candidate for a political party that will later face off in the general election (Federal Voting Assistance Program). Traditionally, Democrats will face other Democrats, and Republicans will face other Republicans to determine which candidate will represent that particular party. Once the primaries are complete, there will be one Republican, one Democrat, and one candidate for any other party who will run for that particular seat in the general election. Primary elections are also used to elect convention delegates and party leaders on local and state levels and referendums such as the cityhood movements that are taking place this year (Ballotpedia).

There are a few different types of primaries that can take place: open primaries, closed primaries, or semi-closed primaries. Georgia elections run as open primaries, meaning voters from any political affiliation can vote for any party in the primary (Federal Voting Assistance Program). Georgia doesn’t require you to select a political party when registering, but you do have to choose a party when voting in the primary. Yet, even if you are affiliated with a particular party, you can choose another party to vote for. For example, if you affiliate with the Republican party, you can select to vote with a Democratic ballot. However, you can only choose to vote with a Democratic, Republican, or non-partisan party ballot. You cannot vote across multiple parties. If you choose to vote with a particular party, you have to stick with that party if it goes to a runoff election (Ravitz, 2022). This does not impact general elections as all parties vote with the same ballot.

Not as many voters turn out for these non-presidential elections, which means your vote holds even more weight. Check out who and what is going to be on your ballot before heading to the polls to make an informed decision. Your future is in your hands, so mark your calendars and make your plan to vote!

As a reminder, the deadline to register to vote in the Primary Election is April 25th, 2022. Absentee ballot requests are being accepted now through May 13th, so request yours today! Early Voting starts May 2nd and ends May 20th. Election Day is Tuesday, May 24th!

Have questions? Send us an email at voting@cobbcollaborative.org