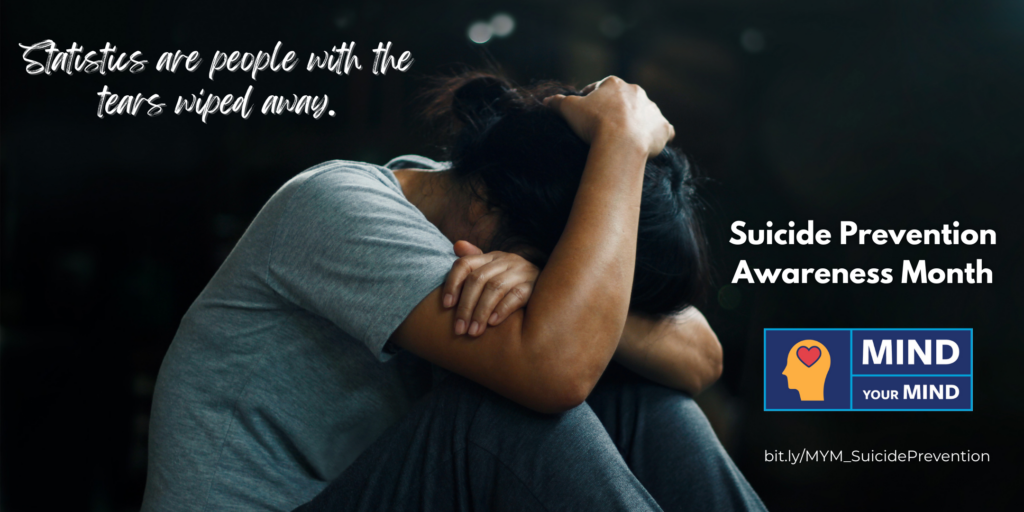 First things first: If you or someone you know is in an emergency, call or text 988 to be connected to the Suicide & Crisis Lifeline. This is a national network of local crisis centers that provides free and confidential emotional support to people in suicidal crisis or emotional distress 24 hours a day, 7 days a week in the United States. The Lifeline is comprised of a national network of over 200 local crisis centers, combining custom local care and resources with national standards and best practices. (If someone you know is in imminent danger, please call 911 immediately!)

According to our friends at the National Alliance on Mental Health (NAMI):

(Data from CDC, NIMH and other select sources.)

Putting a human element to these statistics is crucial in the fight against suicide. We must remember that “Statistics are people with the tears wiped away.” For each number presented above, there are countless people who fit into the categories shown. These statistics represent lives taken when they could have been saved. The need for suicide awareness and prevention is great. The time is NOW!

What can be done?

While September will have an increased dedication to suicide prevention and awareness, it is vital that we all continue forward in the fight against suicide. We should all continue to advocate for the value of all lives and work to help prevent the loss of life due to this epidemic.

Our Cobb Collaborative Mind Your Mind Suicide Prevention page has valuable resources and information. Additionally, other resources are: